THE FEELING OF BEING NEEDED

Our whole stability revolves around who we are as a person and what our value is, that is what keeps us going in a relatively stable way. Loneliness accounts today for much grief, consternation and personal upset in the form that it can make us somewhat disjointed from life, which has psychological implications. Whether we have a significant other or just very good personal friends (real friends not acquaintances) matters not it's how we communicate with them and on what level. Social interaction between others is essential even for those who like to keep themselves to themselves, for being alone is not conducive to a good and rewarding life. As a sentient society we need to commune to share to enjoy and to feel as well as exchange with others aspects of life. In doing so we re-affirm important aspects even if others opinions differs it's the fact that an exchange of conversations that touch us deep down and mean something and that we respect "that" or "those" significant others makes a world of difference. Faced with just ourselves in a world that cares not is akin to an isolation that will eventually cause the mind to be introverted and implode as far as sanity and creativeness is concerned. Ironically many people of a staid and overly religious nature tend to follow in similar pathways harbouring fear, becoming judgemental, rebuking aspects of society with a purposeful and self created venom, start lacking perception, becoming introverted, and all in all become vacuous.

Whatever one's age, the need to be needed to be cared for in as much as someone significant who has an interest in you and your well being even if they can't do anything directly themselves has a massive psychological effect in the way we live. Take this facility away and an almost automatic 'longing' starts to whell up. It varies from person to person but the people who shut themselves off have defined negative points and are often cranky, moodily, intolerable, narrow, spiteful, insular, judgemental,mean, greedy, self defined, etc, to varying degrees. Many people even take on a pet to find solace in life as that pet will give 'unconditional love' something that humans won't do and religious people definitely can't do such is their outlook via their version of God, ironically God being that of unconditional love, strange why that happens. Of course there are ideals in life, get a partner and live blissfully happily ever after, unfortunately that doesn't happen, especially in today's society that when the slightest thing goes wrong it all comes crumbling down as opposed to getting it fixed and enjoying the benefits of a heightened experience in the process. Selfishness and "me" are more of the mark of society today and that puts paid to the base lines in starting something that has longevity written in to it. Many a relationship starts with soiled goods and multiple failures and a wealth of back-up excuses as to why it's never your fault and I did this and they did that and their iPad crammed with help lines on standby to console the selfish soul. 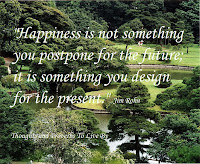 Many put a brave face on their own relationship and well being, often talking of  their 'so called' many friends and acquaintances and those in between too. It's true some people make friends easily others just don't and actually never try, just complain that they are not lucky and it doesn't happen to them, but again they are the cause of that, people still don't come knocking on your door asking if you want a relationship, you have to open it and go out. Even Internet dating sites aren't successful in that a 5% success rate if you are lucky and have to sift through the scammes, liers, cheats, lustful, desperately lonely, weirdos, and those who treat it as an 'on-line sport'. Most successful people have someone behind them who is instrumental be it their partner / friend supporting them getting on and becoming successful. A busy life can help one get on alone, but then when at some point the parameters change there is that 'elasticated effect' when one comes flying back to a nothingness of where yesterday comprised of lots of people all around and today none of them no matter how nice they are don't ring those significant bells within. Our emotional feelings are just so that little things that happen in our life can trigger off thoughts about certain people that we never thought existed or were that deep and can affect us so much. 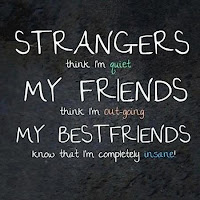 One should never spurn the need of another regarding companionship whatever it is for them, even if it's not your idea of such that's not important, it's to each his / her own. The love from one human being to the next is a priceless commodity even if it's your best friend that will do, that's humanity at its best also. Never be afraid of telling someone or people how much they mean to you or how nice they are or whatever complimentary thing you can say. And although some find it incredibly difficult say something just do it and don't fear the worst either. The more you compliment others the better you will feel and the easier it will become and the lighter life will be, even just smiling on a regular basis ups your game in life. There will however be the odd person and they will be odd who can't understand what a good comment is all about or a smile for no apparent reason other than that of a smile from one human being to another. Or those that view kindness or pleasantries as a case of "what do they want from me", but let not others insecurities and patheticness rub off on to you, go your way and smile, be nice and then the hurts which come with the territory will just melt away as the vast majority although they many not say it, will be warmed by your actions. You only have one chance in life, may it pleasant at least.

For more : www.thelifedoctor.info
FREE "E" Book : www.the-alchemy-of-life.com
RADIO : www.liferadiointernational.com
©John Rushton / The Life Doctor 2012
(These blogs are read in over 120 countries, if you like what you read please re-send them to others
Posted by John Rushton at Monday, May 21, 2012