THE CENTER OF THE UNIVERSE

Progress always comes with drawbacks, but then that's nothing new, building cheaper better more fuel efficient cars brings overcrowding on the roads, making previously inaccessible places holiday destinations changes the local environment, so there's always a trade off in what we do. Never the less our own self ingenuity or at least in the West comes up with ideas that can and do help especially as technology advances. And as technology advances the trade off in gaming and such produces increases in personal debt, stress, loneliness, communicational disorders and character changes, so everything is a balance. Even the availability of food for many makes them obese and they have the audacity to blame manufacturers for making them fat, when it's themselves who constantly stuff food down their mouths, let's take ownership somewhere. As we get wise, or most people do we realise that what once was isn't anymore, that the earth is not only not flat, even though 'flat earthists' still exist, but that we are indeed a small planet which has the most incredible properties and it's location is amazingly situated to support what is called life. The odds of this happening even if other such planets exist are absolutely amazing, staggering and possibly incalculable too. The understanding of consequential happening is mind blowing.

Many religions still to this day believe in folk law,  handed down and embellished opinions and self determined thoughts of the self like charades over time. Religion by it's own volition is a man made structure so from the outset it's faulted as man himself is not perfect and over time it gains also 'add ons' and develops some degree of pomp and rules and regulations - man made, all of which has nothing whatsoever to do with God. Even today Islam lives in the past and likes nothing than a good execution and a stoning and repressive beating just to keep everyone on their toes, all in the name of the Love of their Merciful God, so that's all alright then. And perhaps a bit of terrorism thrown in at the same time, (96% of terrorism is Islamic) a good conduit to meet all those virgins awaiting the perpetrators, what God uses women as a sex incentive??? (The dark forces). But then Catholicism is riddled with changes made by Popes throughout the centuries and all the rituals and idolatry and beatifications of people, where did all this come from? None of it has anything whatsoever to do with God, nothing, and as for the other religious "spin offs" they are positively evil in the way they show no outward love but shun all those that don't believe the way they think, how narrow and un-Godly can you get. In fact it's almost all akin to Devil worship in disguise. 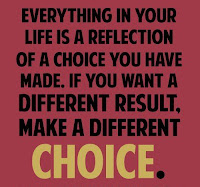 For some the shock that they are literally not the centre of the universe is devastating, the selfish, self centred, egotistical, arrogant, greedy, prideful, etc, all the negative emotions, is a step too far, but as they have to live with themselves that's something they have to come to terms with, fortunately not us. But what is vastly important is that we are all unique people, and we are the nucleus of our world, we are in effect the centre of our own universe, and we should stay that way. The moment we give that up and start to circle some other nucleus we have lost or given up our ability to do and be who we rightfully are. No one can take away the fact of whom we are even in repressive circumstances, it's our blueprint and our watermark of life, however if we follow, mimic, condescend, emulate others then sadly our verve will be watered down to a level that has no interest, no impetus and no value and others will see that in us. The health of any nation represents its success, it's quality and its ability to communicate effectively and freely, the freely can't be emphasised highly enough, for without freedom (and freedom is relative too) life festers and has retrograde consequences where many rely on the few, the many being the repressed and the few being those with free thought. Your universe is what you create for yourself, get it wrong from alien beliefs and that is what you will live an alien concept, your universe is yours, don't apportion blame it wont work it will render you obsolete. Get it right and the universe is such a wonderful place.