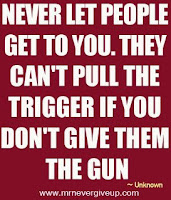 Mind games are not nice, it has to be said, games are fun, but mind games literally destabilise us, cause us to think weird thoughts, do weird things and worst of all start to scheme ourselves about things we shouldn't be even thinking about. The broad spectrum of mind games is far reaching in that it encompasses just about everything around us and inter-reacts with how we view life and those we care about and those we don't much care about in life too. It's not as if we are deceitful, although some are, it's we like to play safe with as much of life as we can because we can steer our own ship but we can't stop what's around us, the bits out of our control from happening and causing potential problems, and they do. We tell many a little white lie from a genuine concern for the truth as at times it would spoil a whole host of decisions and open up a can of worms which would or could have far reaching implications that would not be worth the end result. We can even feign that we have forgotten our partners birthday only to reveal that we have laid on a fabulous dinner with the chocolates, champagne, flowers and whatever else there is to follow, so it's all done with the very best intentions and like many a white lie there is no ulterior motive for personal gain or subterfuge of any description. Although having said this it's not an advert to go around telling white lies as if it's an OK thing to do, as like any habit, it doesn't stop there. 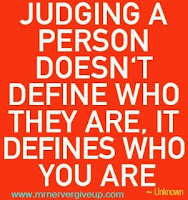 We play mind games with our young children to coax them into doing things or usually stop doing things as they are often quite mindful and wilful in what they do or perceive has an end result, even if they can't quite fathom out what it is. We play mind games with our friends often playfully mentioning certain "buzz words" that we know will "get them going" but as it's done playfully we both get away with it and to some extent they allow it to be a part of the "knowing" friendship that has evolved and has no malice of forethought nor anything else. We are all different and there isn't a base standard as what one sees and does and thinks it's "cool" others almost shudder at the thought of it all. The very worst mind games however have to be those of emotional blackmail, and here women have the edge at times as some can at the drop of a hat feign tears and upset to try and not only get noticed but to solicit sympathy and get their own way. Moodiness can affect everyone should they allow it and it's a manifestation of nothing more than pure unadulterated selfishness. In fact as e get a high from being happy the same self same effect can be achieved but from a negative stance from being unhappy especially if its self induced. The body secretes hormones that gives us a feeling that many wallow in and thus pout and become sullen and irascible and introverted with outward developed signs as if to attract attention for pity and solace, whereas it's nothing more than a manifestation of real selfishness and deceit and should not be entertained in any way. 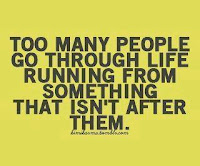 Relationships falter because of mind games as do businesses too. There comes a point in both where the recipient starts to see the bigger picture and reverts from being the victim to the victor and starts to move on. You can only give someone the power to overcome you or influence you if you allow it otherwise it's 'water off a ducks back' an no matter how many unpleasant things are thrown at you if you don't catch them you've already won the game. Unfortunately many people allow ego to interject and just can't keep their mouths closed and reply so now it's like a tennis game, ping poning too and from whereas if you'd caught the ball and walked away - game over. Life is what it is, so it's imperative that we make it as easy for ourselves knowing than ANY negative emotions is going to cause a raised feeling of lowness somewhere down the line. As Gandhi put it well "The weak can never forgive, Forgiveness an attribute of the strong", and this can be seen throughout the world especially with some religiously based cultures. Playing games with life is just that, it's manipulation that always has consequences, if those around you are prone to such things, stay clear, no excuses, you deserve better so achieve it for yourself and allow others to enjoy a better quality of life via their relationships.

For more : www.thelifedoctor.info
FREE "E" Book : www.the-alchemy-of-life.com
RADIO : www.liferadiointernational.com
©John Rushton / The Life Doctor 2012
(These blogs are read in over 120 countries, if you like what you read please re-send them to others),
Posted by John Rushton at Tuesday, June 26, 2012