Over 85% of our thoughts, feelings, actions, habits stem from our inner self that's almost etched with our stubborn concepts of life, we do much in life without thinking about it,  it just comes automatically and we at times do things almost robotically especially routine or regular stuff. Surprisingly too much of our subconscious though is negative, it swirls around our minds and gets discarded in almost the same instant. Whether we have something substantial to think about or pressing matters that require focused thought or whether we are just routinely going about our daily chores our mind is flushed with both current thoughts and redundant thoughts all battling for attention. That's why at times we think weird or silly or impractical things about something or someone then wonder where it all came from. And whilst we do ponder and deliberate over itemised areas of our conscious we still have running wild as a back drop a whole host of thoughts and related feelings that we literally have to contend with even though we are used to it happening and at times take it all for granted until we feel low then get a headache. 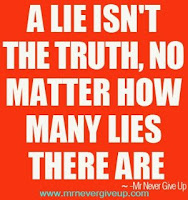 Many people of religious beliefs suffer from ingrained doctrines and one can hear almost without exception the way they talk almost blinkered to another reality that exists, bringing upon themselves repression, guilt, hardship, lack of love, narrowness, suffering, failure, and much overall unhappiness. Their vision and hearing is selective if not permanently impaired in that they see and hear only what they need to see and hear the rest doesn't exist, hence so much global unrest and thoughtless killings which are anything but Godly. But nearer to home many 'ordinary' people are brought up in an environment of underwhelmed activity and dulled intelligence and their formative years have from the outset been tarnished and for many 'set in' to their personal detriment. It's only education and life that breaks the cocooned mould and allows one to see the bigger picture and understand the microcosm of where they were self shackled into insularity, repression and self persecution. 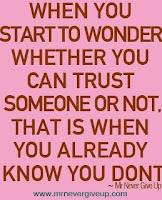 Some societies also have views put out by their media and some state enterprises too that depict other countries from a re-arranged perspective or even restrict information from other countries. Even becoming more common is Western internal PR which has the Hallmark of deceit being both selective and light on content almost washing over how reality is and how others can't relate to how they are living and how they have been presented by a vision of falsehood. The problem with deep ingrained beliefs such as those prevalent in the Middle East is that nothing good comes about from it, everyone knowing the difference and under pressure living a dual existence saying but not doing for fear of repercussions. Yet at the same time internal pressure builds up like a volcano and once it erupts logic reason and common sense coupled with personal ego let rip and it then becomes a free for all. The likes of the UN or similar play politics and yes it all fails, playing politics doesn't hold any kudos when emotions out rule the self and logic and of course the greed bestowed with undemocratic governments. The same mind that corrupts is the same one that can save and care, it's just that the free will has been tainted by indoctrination of an unstable and unsavoury kind. Where one has free will one has to seek the truth and not a version of it but the real truth and then and this is the hardest part, believe it.

For more : www.thelifedoctor.info
FREE "E" Book : www.the-alchemy-of-life.com
RADIO : www.liferadiointernational.com
©John Rushton / The Life Doctor 2012
(These blogs are read in over 120 countries, if you like what you read please re-send them to others),
Posted by John Rushton at Tuesday, June 12, 2012