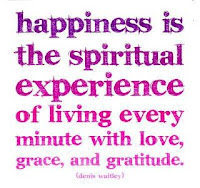 Whatever we think about love it's an essential aspect of whom we are, as a sentient race we have an overwhelming degree of love built into us for without it we would be no better than drones or robots, just living to live. We also have free will built into us despite some religiously controlled countries that try to stifle it and thus produce nothing in return. People the world over have characteristics of their endemic societies or indoctrinated religious overtones which mould and hone their thinking for time to come. Where love is concerned one wouldn't want to enslave or capture or enforce people because it goes against the grain, except for those who go against society themselves such as villains etc. Freedom is a natural right even though some governments enforce restrictions for their own sake and not for the love of the people within it, thus the populous grows with alien views and often suffers because of it. Some societies are more caring than others and the mentality of the population plays a big part as to its prosperity, ingenuity and growth. If you love someone then the last thing you want to do is harm them, if you hate someone no matter what they do or say you want something to happen to them that's not so savoury. Some religions harbour retribution, hatred, killing, malice, "getting your own back" and so on, so there is no love involved only lip service and no more, it's all two faced and failure orientated. 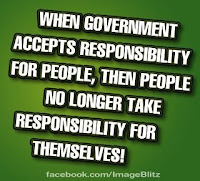 For some love is a difficult topic, they can't describe it nor its values but they certainly know when it's absent or missing from their lives. Similarly the more love someone has the more it exudes from them, the more those around pick it up and feel it whereas those that hide, squander, pretend, produce a facade, etc give off a degree of hollowness and shallow depth that goes along with their inability to persuade or convince others of their sincerity. And for those that hold on to love, that is they make a statement of only giving it out to those they deem expedient it's the most selfish act one can have. The more love is given out the more it is replenished and life gets appreciably lighter and brighter in the process, the by product of such is a feeling of well being too something that goes a long way to aiding mental stability. Love eases problems, it lubricates our way forward, it assists in us communicating better as the content is more sincere, it lightens the load allowing us to see better things ahead as opposed to wallowing in the darkness, it promotes better health and clarity of thought, it gives us strength of character and brings on degrees of humility that aids success knowing when to say what and not speak from an arrogant tongue that offends and ruffles others thoughts and feelings. Love is free we are born with it, it's a priceless commodity yet so often it's abused and taken for granted thus creating discord which follows and then let down and unhappiness are the byproducts of playing with it. 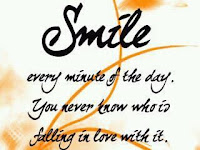 The strength of a nation is dependent upon love, free will love, not some controlled environment, hence many Middle Eastern, African, Eastern European environments are unstable, unproductive, mentally outmoded, and volatile, where greed, killing, unhappiness and selfishness foster themselves to those that absorbe it as a way of life. One only has to look at the statistics and the human rights record for these countries to see where the love level lies and it's pretty low, where governments at will have no compunction to kill as a means to an end, which includes and always has Russia and China too on that level. Tensions are always high where love is not an element as it opens up a "Pandora's box" of untold negativity that free flows far too easily and out pours itself in malice and deceit and pure selfishness, where compromise, compassion and understanding are overtaken by the "me, me, me" syndrome. Whatever governments do and whatever others do or say, you still have full control of your own mind and own thoughts, and the degree of love you carry within. If you choose to be angry and evil so be it, if you choose to be happy and loving so be it also, what you give out so will you both reap and endure, your love and happiness is in your hands.

For more : www.thelifedoctor.info
FREE "E" Book : www.the-alchemy-of-life.com
RADIO : www.liferadiointernational.com
©John Rushton / The Life Doctor 2012
(These blogs are read in over 120 countries, if you like what you read please re-send them to others),
Posted by John Rushton at Thursday, June 07, 2012