WHEN IT DOESN'T MAKE SENSE 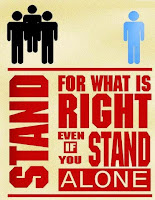 Much of life is based upon perspectives, ideology, circumstances and situations, and that as we all know can differ radically not only from country to country but from person to person. We often ponder and wonder why someone did this or that or what possessed the government to do this or that because the consequences of such have drastically backfired, etc. We listen to politicians on television and at times with amazement wondering if they are on drugs or perhaps need to be or even are they of this planet, it's often that groups of people change their opinions when engaged in different strata's of life. We hear architects waxing lyrically about buildings with sweeping lines and wooden facades that will age with time and blend in, yet all we see is a clinical cold object with unkempt  faded cladding that appears neglected cold isolated and without any warmth that is an ideal medium to cause repressive thoughts and a home to vandalism and graffiti. We hear local government talk of multi-culturism, yet all we see are swathes of foreigners in enclaves that are the new ghettos and where everyone else keeps away even commerce so it houses alien cultural abnormalities and inbred dysfunctionality and gross isolation and then becomes run down and violence, drugs, poverty, crime and social inability creeps in and then they wonder why it's all happened. A slum run by social services and then that's the beginning of the end if not the end already, designer built problems from lax attitudes, stupid and weak minds.

A lot of life is way beyond what we have any control over, not that we need to give up or admonish ourselves of any responsibility nor keep our opinions to ourselves. Never end up like some politically correct idiot that tries to stymie conversation as opposed to allowing free thought, if others get upset, so be it, it's for them to get over it. Often why people get upset is that the truth hurts so they never actually talk about it themselves or they are by nature inferior and seek compassion by taking sides, it never works, they all eventually die lonely. We don't have to make sense of a great deal in life for we do not have to engage with others ideals, morals, perceptions etc, as long as we keep ourselves in tow and others similarly then the sum of the greater usually wins the day, and fortunately most people adhere to a commonality of good. Logic is a good baseline in life, often people action deeds based on temporary emotions then realise afterwards how pathetic they were at the time but then it's too late. Great statesmen can "see" the difference and utilise appropriate rhetoric to put their points across most people don't have that ability, similarly many politicians don't either unfortunately. There is however a case for tempering logic with emotional tack, as logic often is cold and at times ruthless and whilst on paper it may all work well in reality the physicality of actions often flounder because the humanitarian traits are not taken into account. 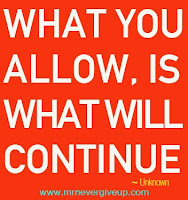 We need to understand where our thoughts come from that they are accurate and not just something thrown together based upon biased news from the media or a viral video on YouTube. We need to focus aptly upon ourselves to make sure that we are OK not selfishly but accurately and that our lives are important and not the hub of some plan organised by the government or other heartless body. If it doesn't make sense then you have two options it either isn't accurate or you can't grasp what the bigger picture is all about, and it maybe that you don't understand either. The worst thing you can do however is to make an opinion up just for the sake of it because that will stick with you. If you don't know or prefer not to say then so be it, there's no one who can force you only yourself or your lack of self esteem that makes you feel a lesser person and that should never happen. You are totally entitled to be who you are, even if you are wrong, no one is right all the time ever. If you can't make sense of anything either seek "expert" help / opinion, or move on, but don't deliberate on ignorance as that will throw you into a scenario that clouds both your life and your whole integrity.

For more : www.thelifedoctor.info
FREE "E" Book : www.the-alchemy-of-life.com
RADIO : www.liferadiointernational.com
©John Rushton / The Life Doctor 2012
(These blogs are read in over 120 countries, if you like what you read please re-send them to others),
Posted by John Rushton at Saturday, June 16, 2012