There's a lot spoken about "The Higher Self" and indeed there are endless books on the subject and a whole host of videos on YouTube too to keep you occupied for the next twenty years. Much of it is all the same stuff regurgitated with each authors' own slant or interpretation and at times it seems like it's re-inventing the wheel yet again. Whether most of it is true or not one rarely gets to know if as many claim it is or does what it is supposed to do why isn't it more universally available and helping people in life as opposed to where it tends to reside with the "New Age" lost and bewildered crowd. Also those perpetually seeking answers to life at the expense of not getting anywhere as their reality isn't tangible and is often paradoxically narrow and full of useless diatribe and associated ill health and lacking in laughter and dietary problems. The most commonly practised areas of the "Higher Self are done in Buddhism and have been for centuries, it's part of their doctrine. And whilst the Higher Self comes into other religions too it's mentioned as some tertiary area and not dealt with in any great depth the reason being that the religious leaders in the main religions are in themselves far from Spiritual and their higher self is more akin to walking upstairs as opposed to raising their minds. 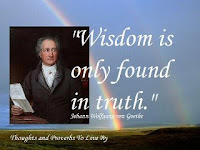 The dictionary definition is as follows:- Higher self is a new age term associated with multiple belief systems, but its basic premise describes an eternal, omnipotent, conscious, and intelligent being, who is one's real self. Blavatsky formally defined the higher self as "Atma the inseparable ray of the Universal and ONE SELF. It is the God above, more than within, us". Each and every individual has a Higher self. 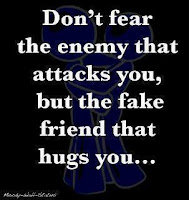 Make of that as you will, many people talk about 'being spiritual' or accessing their 'higher self' quite easily but to be honest very few if ever challenged wouldn't have a clue as to proficiently describe it even if they had got the basic gist of it right. Having said that there still would be a great gap between knowing what it means, understanding what it means and literally following it through to enacting it. Accessing the Higher Self is supposedly a positive move in that it can give clarity and improve the quality of life and give more of a peaceful scenario to life and our purpose and our understanding. And as an adjunct improve our health too and certainly reduce stress, even the self induced hysterical exclusive type.The main problem which lets most people down is the mediation, it's difficult for the vast majority and to sit still for over 30 mins without looking at their cell phone, it is beyond life itself for many who suffer from 'cell phone shuffle'. Quick look, quick look, quick look, quick look on a repetitive basis even if it hasn't made any of the numerous pings and clings that say "you have mail". It's also getting over that initial "nothingness" where the mind races and thinks of everything under the sun and at this stage thwarts people who then believe that they can't meditate after 5 mins and give it all up. Although to access your higher self you really don't have to meditate even though it's the long established and usual route. Life isn't a "one size fits all" and what benefits one gets from anything is literally down to the 'self' not what others proclaim or what someone has written in a book, that's no validation. 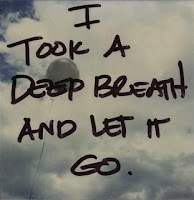 At times one can read articles on "the Higher Self" and it at sounds all very nice but what benefit does or can it give you right now to improve your life. It improves the lives of those that give classes on it because you pay them, but what about yourself when you have other things on your mind like life and keeping body and soul together and work, and the home, and bills and whatever. And yes one must put all these into perspective and prioritise and not be flippant with what constitutes one's day or existence, and yes it's important to have good quality "chill out" time otherwise we get overload and then that's it, we vegetate in our minds and lose the cognisance of reality and enjoyment. Our emotions in life play a major part, something we have all experienced such as from tears of joy to tears of sorrow and the latter is no fun whatsoever, something which we have strong memories of even if many years ago. Our higher self has a lot to do with the use and placement of our emotions and how we see life and the usage of our verbiage and deeds towards both others and ourselves. It's both complex and simple at the same time, where many go wrong is that they literally don't think allowing emotions to take over then it's "show time" and out comes the self and ego and anger and jealousy and arrogance, and the rest and of course much of all this is linked to low self esteem, which is far far away from any higher self. 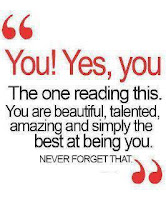 One thing the "higher self" will not do is give you a key to life, it won't give you any short cuts to a better future or increase your wealth (unless you write a book yourself or give classes), it won't get you more friends or makes others like you and it won't make you the star of your own show. It won't make you more attractive or successful and it won't give you a place of superiority in life either, in fact it won't do much at all especially at the material level. It will give you a better understanding of life if you are not arrogant enough to think you know it all already, it will possibly increase your health status, it will give you a peace that you maybe haven't enjoyed for a long time and it will give you a presence over life that you may not have experienced before either. Anything else is a bonus for you and what you get out of it as there are NO set benefits and some advance amazingly whilst other plod on, but all should increase an enjoyment to some degree. Whatever you do life should be treasured and not from an angry perspective as that will forever set you aside from really getting the best out of life and attracting that which you don't want nor need.

For more : www.thelifedoctor.info
FREE "E" Book : www.the-alchemy-of-life.com
RADIO : www.liferadiointernational.com
©John Rushton / The Life Doctor 2012
(These blogs are read in over 120 countries, if you like what you read please re-send them to others
Posted by John Rushton at Tuesday, May 22, 2012