JUST DARE TO BE DIFFERENT 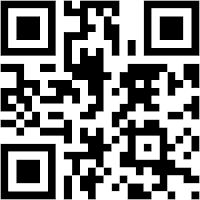 Many people today have some sort of gripe, it doesn't matter who you are there's always "that story" about someone or something or whatever it is that has thwarted or stymied what you want to do. That proverbial "they" that mystical or mysterious entity that's always just ahead of you waiting for you to make a move then put a stop to what you've been banking on right away. And yes there are those morons in society, politically correct imbeciles and the gatekeepers and such like that have a fixed interest in putting a stop to creativity and trying to keep things the way they are because they can't see further than the end of their nose - if that. But we are made of more robust stuff aren't we? We are resilient and forthright aren't we? We are not going to be brow beaten by brainless idiots are we? We have a right over and above the pathetic that survive around us who are an embarrassment to life and society. And we do value ourselves even if everyone else thinks we are nuts or "different" because deep down they are dull and boring but dare not admit it, in fact it is they who are anaemic and lax in every way possible. But why do so many people get despondent because they get turned down, 10 times, 100 times 500 times or more, if you are different you cannot expect the plebs that abound to understand so their natural reaction is to turn you down because they haven't a clue nor any imagination nor any free thought of themselves, so it's those that keep at it that make the grade. And to be honest if you can't stick at it then you aren't that serious even if at times it's frustrating and a little soul destroying.

Everything that we see around us from art itself to design to pharmaceuticals to engineering has come about not through the dull and boring but those that dare to be different, that see a vision and have a feeling of the bigger picture within them, often far beyond those that believe and support them. Being despondent isn't a satisfactory feeling, neither is being frustrated, even though one can experience both, being successful is about going for it, not listening to the pale and placid, not listening to armchair experts, it's standing firm in your own space, not reading useless books on "self help" you are past that elementary stuff you have something burning deep within, "self help" afficiados are people who can wax lyrical on many such books and think that think they have something to offer but don't and can't, yet still want to "have a go", it's failure on a plate. Like reading a cookery book before you go to bed and thinking you are suddenly going to be a chef in the morning, dream on. What is it that's holding you back, what is it that you fear the most, what is it that's not giving you that impetus to smash that glass screen in front of you, what is it with all those around that you have to give in to? In 'going for it' the word 'failure' comes well within the framework and all successful people have failed. Don't ever let ego or pride pull you down because of what others think. Those that mock are those that have nothing but emptiness within them they are the real failures because they haven't the guts to embark upon anything. Those who have failed themselves will praise you for being bold, they will empathise with the set backs and knock backs that are par for the course, unlike the hypocrites who offer nothing of positivity nor of themselves.

The times we are in now are a changing like never before, the opportunities are abound regardless of the negativity of the media and its glorified soothsayers that they employ. The media are like detritus that live of the excrement of the deep don't ever stoop to that level when your own goal and course in life is there for you to take, to walk boldly and rightfully accept the prize. Don't fantasise but keep it all real which doesn't mean you can't dream about what could happen. Keeping it real firmly places you in a position of substantial move ability everything else is icing on the cake. Don't dream of what could be make it happen, make it you, make it as part of you as your breathing, listen to no one who has less of an ambition than your own - which may preclude 95% or more of those around you, but do it for you, no one else. Watch it unfold and work, watch it come together despite lulls in your schedule, watch it start to grow arms and legs until it's the new super you, the invincible one that survives despite the odds watch success unfold in its own way right in front of you because it's you that gave it life no one else. And too watch those who once mocked walk towards you wanting to share what you have built because they couldn't, and watch those who are wracked in jealousy that they didn't stick at it like you. There are no prizes in life for pampering ego and jealousy other than sheer downfall and personal retribution, but there is always a lot to gain from going the whole way regardless of the end result, success is going for it, real failure is never trying anything.