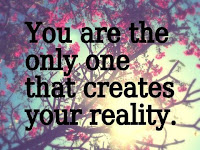 One of the scourges common to businesses and friendships is that of people being late. It's not only disrespectful it's bad in every way possible as it lets others down and stops the smooth flow of life itself. If a cog in a watch no matter how big or small stops then it all stops. Similarly if others place a responsibility upon you as an individual then you either uphold it or be forever viewed as one who can't / won't uphold their part of the bargain. And before those who are late perpetually start to wriggle with annoyance 'blame culture' doesn't hold water either. Yes, there are at times mitigating circumstances where even the most die hard and studious person who always arrives early arrives late one day, but the circumstances pertaining to their enforced late arrival can be counted on one hand and are usually very exceptional. We all know of people who just can't keep to time, perpetually late or last minute or whatever besets or befalls them they just have a list of ready made excuses as to why they "had to do this" or "cut it so fine" as not to allow any safe margin whatsoever so pro-occupied with themselves and their thoughts that what is around is either secondary or less important.

The crucial matter for lateness is not traffic, accidents, weather, invasions from Mars and Venues, it's not even the alarm clock not going off for those that deem they need to be there get there, those that have to be there for whatever reason place secondary importance again on the delivery of themselves as it's a chore more than responsibility.  If one is late for work phoning from the "cell phone / mobile phone" doesn't make it all right, it may show a degree of courtesy should one be able to advise of late arrival but it doesn't admonish the responsibility factor nor does it do anything else - you are late - full stop. There is always a cause for lateness over and above circumstances en-route that one cannot help, illness, bereavement, children, etc, but if children are an on-going common cause that's not acceptable as the world doesn't revolve around your problems and it needs resolution.

The causes of lateness are usually of a psychological nature even if it's perpetually cutting it all too fine and not allowing for delays en-route. Are you happy with your work, or are you happy with the destination that you have an appointment with, even if it's the dentist or a hospital appointment, or an interview or a court appearance or whatever it may be. As a member of the human race you have a responsibility not only to yourselves but those around you too, and that has nothing to do with self concocted ego, arrogance and the 'what's in it for me' attitude for if any of these latter aspects creep into your thoughts you have a problem looming large. You ARE the problem. If you don't like where you work or dread work or dislike those who are at your work it speaks volumes about you and not your work. Understandably it's not always that easy to change jobs especially at certain times where the financial climate is weak and jobs are scarce, but if you respect your income no matter what it is then you should uphold who you are otherwise by default you make yourself worthless and that has very bad connotations that will eventually ostracise you by your own volition from many aspects of life. 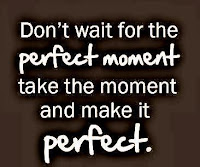 Blame culture, lax attitudes, lack of self respect, negative emotions at the forefront of your mind, small mindedness, pre-occupation with yourself, lack of respect for others, lack of purpose, insularity of mind, lack of focus, lack of priorities, etc are all contributory factors as to lateness especially those who are perpetually late. Lazy environments, i.e.people you work or live within who share the same social banal culture and talk about lateness as a topic, which exists and share their lame excuses and think it's clever. Late arrival usually starts with an apology, think about it, starting anything with an apology isn't good it puts you under par before anything has started and it usually lowers concentration often resulting in a lower performance and hurried thoughts which causes mistakes and lack of concentration. In some areas the smallest of mistakes can cause death or mayhem, just because perhaps your position in life isn't so critical it gives you no leeway to take matters into your own hand. You are paid for what you do not what you don't do.

For more : www.thelifealchemist.org
FREE “E” Book : www.the-alchemy-of-life.com
www.liferadiointernational.com (24/7 emotional content) - App download too. iPhone/Android
©John Rushton / The Life Alchemist 2012
(If you like the blog please pass on it could be of interest to others)