DATING SITES - AN ENTERTAINMENT IN ITSELF

Even the top dating sites today and there are dozens of new versions springing up every week boast of only about 5% success rate so what happens to the other 95% who join, who are they, what are they and what are they looking for, surprisingly it's not always a date. Dating sites are becoming more personal versions of the social media platforms such as Facebook and Twitter but with a more intimate twist, the myth that dating sites are specifically honed to producing a mate are just that, the law of averages puts all that firmly into place as does the fact that "personal chemistry" is something that can't be commercially applied to data. From the outset there's always a fascination about dating sites in that people whether coupled or single like to know or feel that "others" like or find them attractive, it's a boost to the ego, so if you have an ego that's pulsing then you are already a candidate for those who "just like to see" or "find out" for no other reason than you can. The beauty about personal dating sites is that it's there 24/7 and you can follow your "You have mail" replies from your mobile / iPad / tablet or PC whenever you like, it's always exciting to see that someone somewhere has responded even if it isn't that brilliant a response. 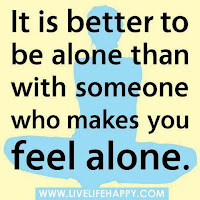 The trouble with most people is that they have perceptions about themselves and of course, ego, anger, skepticism, arrogance, fear, failure and degrees of down right stupidity, as well as a varying level of intelligence that take the edge of accuracy, however that very essential if not crucial thing called "common sense" needs to be in abundance. Either have it or you don't your educational levels mean nothing if you haven't got common sense. So many people get so easily flattered and taken in by the first few words of endearment that they fail to see past them and respond accordingly, from that moment on the other person knows you are  potential "game". And even if you respond with a crude and acerbic reply because that's the crude acerbic person you are it gives them a challenge to try and woo you over, and that often works too, in fact crude acerbic people are their own downfall, but there again so is arrogance and that has no base levels and the pit is bottomless. 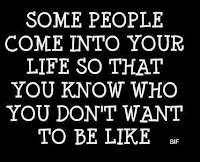 Not having a partner or able to find one is of course a prime factor in joining a dating site, but then so is loneliness (which is perhaps the biggest reason) and there onwards finding "like minded" others at whatever level is entertaining, and game for what you can develop thereafter. You can liaise with your dating sites and "contacts", especially when you get home late, get ready for bed and in the privacy of your own home chat about whatever you like until you decide enough is enough until tomorrow.  As long as you pay your monthly fee (after all it's a commercial concern not a benevolent site for your best interest) off again you go until tomorrow. It fulfills a purpose, it passes away the time it does give a degree of emotional satisfaction even if hollow in nature and the chance to commune with 1000's of potential people is exciting. For some On Line Dating is a way of life, their whole focus shifts from being lonely to being reclusive in that they now rarely don't go out at all so fixated are they with strangers and possibly established contacts exchanging degrees of correspondence.

In the On Line world there are the liers, cheats, sex addicts, the deceitful, scammers, chasers, fetish merchants, game players, entertainers, the lost, the bewildered, psychopaths, the unstable, the neurotic, weirdos, the desperate, egotists, freaks, some nice people, and of course the lonely as well as those who are there to pray on the unsuspecting and feeble to solicit money by their hard luck stories - and it works well. All this 95% latter group of people make up who are there on the dating site presumably all having inaccurately filled in the questionnaire seeking a perfect mate. Unfortunately people aren't even honest with themselves so from day one there is a discordance with whom they are and what they seek, based predominantly on a modified ideal as opposed to an honest base and accurate self. The chasers seek to chase compliant contacts but never want to meet - this gives them the buzz, this accounts for many transactions, even those who often don't really like each other correspond because they can and it gives some degree of mutual support even though much of it is lies and empty content. It's better to have a few people "on the go" than nothing, there's nothing worse than going to your mail box" to see it empty or not signed to say "you have mail". It's a psychological thing that many in particular women need to have to feel involved, even if disappointment is the on going feeling. However after a while disappointment turns into a "game" and that game becomes for many habitual and one then turns most into an expert in answering and reading into profiles and messages which even further on takes the "Dating Game" to another level. It's almost now like "on Line Gaming" where skill in judgment takes over from sincere passion and lust is but a point scoring bonus. 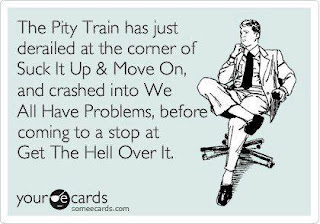 For more : www.thelifedoctor.info
FREE "E" Book : www.the-alchemy-of-life.com
RADIO : www.liferadiointernational.com
©John Rushton / The Life Doctor 2012
(These blogs are read in over 120 countries, if you like what you read please re-send them to others),
Posted by John Rushton at Sunday, July 01, 2012