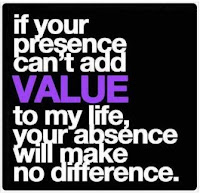 It appears today that more and more people are calling themselves "spiritual" in the wake of "man made religions", Islam getting out of hand and so very unstable, and others not delivering the goods. We don't see any benefits from any of the Gods that these people worship in any way because the basic credential for any believer is for them to believe and they don't. They base their belief on rhetoric and parrot fashion learning and of course fear, rules and regulations that hold back as opposed to encourage. So many people of these religions are full of anger and hatred, the conduit to God is through love and love alone, and evil masking love is like a wolf in sheep's clothing, it produces unrest and more devastation and evil. It is not good enough to "praise God" when things go well and when say "it must be a lesson" when it doesn't, because that's not true and it's make believe, brought about by failure and deceitful preachers who have no more contact with God than a Camel turd. Everyone who believes has contact, those that don't believe don't, you make your choices based upon whatever you feel "floats your boat" but in the end times if you are wrong you're nothing. 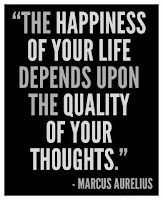 We then get the "New Age mob" those that talk about "nice things" but are all screwed up and look perpetually ill. Often seen hovering around health food stores and meetings of the pathetic and lost seeking more stories and information to enhance their journey into weirdness. Lastly, there are those who call themselves "Spiritual" (whatever they think that means) because they pretend not to believe in God (but they do a bit) preferring to believe in some supreme force or energy and they call that the Universe. They often come out with "if you put goodness into the Universe it will pay you back kindly" - where on earth that came from who knows, but then it says a lot about them too. Usually their attitude is whet and ineffectual, being on the fence no opinion one way or another and it i's a cop out between no I don't believe and "just in case" I do, a foot in both camps. 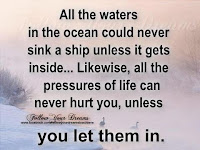 Spirituality is a state of mind, not just a set thought it is an actual state, very few actually have that state to apply their life by and thus the vast majority are just wandering around with a theoretical concept as opposed to something tangible that produces benefits. It fills 'that' box when it states Belief / Religion? Of course being "Spiritual" one must know the route to take, so many see a whimsy version of "Spirituality" as being good and kind and nice and believing in the "universe, etc, all of which is not incorrect. It is like believing in "Superman" sounds good, represents good, but doesn't exist. It is harmless to have 'spiritual' thoughts but it doesn't provide a purpose of merit, in real times of woe goes nowhere fast. In order to gain a "spiritual" access to life and what else it may hold, there must be something of a sincere nature to want it to happen otherwise one will like religion go through the motions talk endlessly about it and be no better off. A bit like having an  Mp3 player that just holds the information and no more. 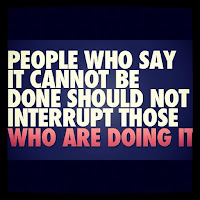 Life for some, religion makes a world of difference both the parrot fashion brigade who are stoic and dumb as well as the open and true who can feel the access. The power of the mind is really incredible and when one has a belief of unlimited power then the road is always open to endless possibilities without the "wow factor" interfering. Often what scientists seek to know rarely happens as they interject logic en-route which immediately stymies what they are seeking. It's strange that many atheists / agnostics get upset when talking about religion or God (any one) whereas it shouldn't be an interest, like people talking about sport to those that can't stand it. Whatever your beliefs they are yours and it is no one else's business after all if you don't' believe there is nothing to say and if you do believe it's between you and God no one else. Life is about love, God is about love, evil or the devil is about bad, so here we have a commonality at a common level. Evil and killing can't be an aspect of religion otherwise it becomes devil worship, and after all if your God or it's followers kill what is the devil supposed to do other than be pleased that he has more workers afoot?


For more : www.thelifealchemist.com
FREE “E” Book : www.the-alchemy-of-life.com
www.liferadiointernational.com (24/7 emotional content) - App download too. iPhone/Android
©John Rushton / The Life Alchemist 2012
(If you like the blog please pass on it could be of interest to others)
Posted by John Rushton at Wednesday, October 10, 2012