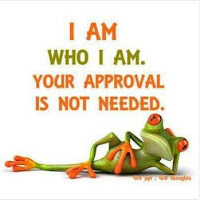 We all conform to something in life even if it's via a stance of routine, we do that because it helps us get to where we want to go to quickly and with the knowledge that all we need in between is there to help us speedily do whatever we have to do. Control is a contradictory word in that it can be both oppressive and at the same time protective in the nicest possible way. Some people need control in order to flourish in their own environment as others need freedom to utilise their gifts of creativity for without which nothing would ever move forward or be crated or developed. It's a cosy synergy and a positive symbiosis on paper at least. Of course the moment humans start to interact we get differing characters, ideologies, and negative emotions come into play and of course evil religions and that's when it all goes belly up. 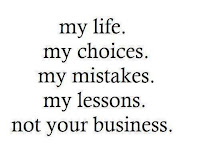 The human species is love based, if we take love away from the human being we get a drone or a robot, just living to live without purpose, definition and feeling. Where emotions are superfluous to life and other than survive the warmth and colour that surrounds us and the technology that's available wouldn't be as it is now for there would be no purpose for it. Governments should protect their citizens not run their lives, this too is a very contentious area as Islamic countries do both under the auspices of religion, but religion is between you and God and not anyone else, hence they are all backward, unstable and disruptive in context. Whilst most people crave freedom and have it available there are those who need to be told what to do or at least be placed within a structure that defines a routine or protocol as that complements their lives and also enhances their ability and personal security. Similarly not everyone can be entrepreneurial however the cross over between creativity and  business is very variable and should not be judged as such. Life exists in a variety of guises there isn't a one size fits all and therefore it should not be imposed on everyone as a blanket coverage. 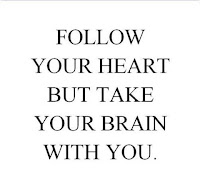 It's amazing how many people could benefit from an injection of 'open source' even those who feel that they are creative and open where they are right now often comply subliminally with protocols devised by others that for some reason feel they have adhered to and do so without much thought. The more 'baggage' we carry the more it slows us down, like a computer that's never had all the redundant files removed, it just gets slower and slower and slower. Lightness of life is essential and trying to 'fit in' with others isn't always the smartest thing to do either as that shows a lack of self and one's own personality being muffled under a cloud for the sake of others. It's not easy for some to transcend the mundane but it does pay dividends if it is transacted. And for those that think it's good to be 'one of the gang' or whatever it is, it shows a decisive lack of ability for others, by default you are allowing to hold yourself back. Similarly you need to show life and all that's in it that you have a mind of your own and that you can think for yourself which doesn't mean that you have to be arrogant or bombastic. There will always be those who try to pull you down but that shows more about them and their inability than anything else.

For more : www.thelifealchemist.org
FREE “E” Book : www.the-alchemy-of-life.com
www.liferadiointernational.com (24/7 emotional content) - App download too. iPhone/Android
©John Rushton / The Life Alchemist 2012
(If you like the blog please pass on it could be of interest to others)
Posted by John Rushton at Wednesday, October 31, 2012