DO YOU REALLY MATTER

Do you really matter, have you any importance in life, what do others feel about you as a person, what indeed do you feel about yourself, and ultimately do you have any real value whatsoever. Value, worth, importance etc can be subjective and objective at the same time, but most of all it's a totally relevant perception. For what our parents mean to us or our sons and daughters or close friends, those significant others etc, mean very little if anything to anyone else. It's not that others don't understand both the moral or humanitarian aspects of those they don't know because they can feel the bonds that others have in similar situations to themselves. The human mind is incapable of incorporating thousands of others into a close loving situation, when faced with massive death it changes emotional tack and thus everything becomes a statistic of fact and names and faces blurr all together. It's at times the media get it wrong showing pictures of thousands of people suffering and starving in floods and droughts - something they love to do and indeed relish the whole morbidity of it, but it often rebounds and becomes wallpaper angst against which few can do anything against the acts of nature, or the despots in the Middle East killing their own kind in cold blood. We can be the most sensitive and emotional people on planet earth yet at the same time be completely insensitive to vast figures of human suffering even if it touches a nerve within at the dreadfulness of it all. Our global understanding is not capable of taking in the suffering of many our mind plateaus out and reason and comprehension take over as it's all processed as a statistic. 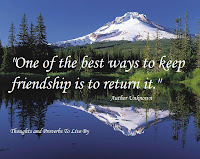 The press and television bestow leaders in industry, chiefs of global companies and at the same time heads of state at some event or another with an importance that is often of a hype that leaves the reality of the situation behind, even if what is being done or discussed is of a crucial nature. Yet the reality is, and it's a cold reality, if at a world conference every leader was killed in a terrorist attack ever single country would continue the following day as if nothing had happened, apart from the hysteria that would be drawn up in government circles and to the delight of the media. Similarly, if the CEO's and indeed the boards of the major corporations and banks were targeted in a similar fashion those companies and banks would be open for business the following day, and new blood would be introduced post haste and who knows it could be better than before.  It's always a possibility and more often than not true most new blood kick starts the complacency smugness and narrowness and corruption of the past. So what is the value of people who can be replaced over night? Because they can, there are no exceptions and no one is irreplaceable, even if in a family situation and sadly missed. We cope, we overcome, we adapt, we compromise, we make do, we create, we develop, we seek, we do far more than we give ourselves credit for, and this is where our value as individuals comes in to play. Don't ever farm off or outsource emotions to individuals for something that has no value to you other than entratainment or something to do, it doesn't mean you can't wish them well or anything else, but it can accumulate within a degree of unworthy respect which doesn't lead anywhere postive and produces false values. 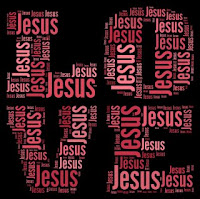 There is the commercial aspect to life, no one has a higher personal value than anyone else, they are just people doing a job and hopefully well for which they are also well remunerated. Then there is the personal aspect of life mum, dad, son, daughter, brother sister, family, friend, who do what they do because of the love aspect, maybe not perfectly but they do love and this is where value comes into force. The whole human race is a love based society take love away and they are nothing more than  robots or drones living to live and that's it. And do we matter, as individuals yes we do, as a figurehead no matter how good- no, as a celebrity- no, as a head of a corporation - no, as a head of a financial institution - no, they can always be replaced even if those in power don't know of anyone else it's their ignorance not that others don't exist. As an individual you definitely do matter, there are those who would weep, be saddened, be upset, miss you dearly if you were no longer here. If those in high office died would you miss them no, would they miss you if you died - who are you, they wouldn't have a clue. And again do we matter, yes if you believe in God then you definitely do matter, if you don't believe in God then just hope that when all fails that there is someone who cares for you and that your existence wasn't futile.

For more : www.thelifedoctor.info
FREE "E" Book : www.the-alchemy-of-life.com
RADIO : www.liferadiointernational.com
©John Rushton / The Life Doctor 2012
(These blogs are read in over 120 countries, if you like what you read please re-send them to others),
Posted by John Rushton at Thursday, May 31, 2012